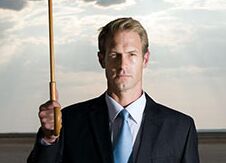 Should young criminals be treated in the same way as adults by authorities? This issue has been intensely discussed for years. The following are the supporters and opponents opinions. Read carefully the opinions from both sides and write your response in about 200 words, in which you should first summarize briefly the opinions from both sides and give your views on the issue.

If our courts take a more lenient position, then the related laws and punishment will not have a deterring effect on teenagers. As a result, teenagers are likely to commit horrible crimes since they are aware that they have legal protection.

Only by taking stern legal measures against these young criminals can we bring a number of misguided young people around to the right road.

In some cases, the lighter sentences might also lead to peoples resentment towards the judicial system as victims might argue that these young offenders do not confess what they have done. This could also result in insecurity in our society eventually.

The circumstances of a crime and the criminals motivation should be taken into consideration when it comes to juvenile delinquency. For example, because of distress and hunger, some teens may turn to stealing food or robbery during the period of famine. In view of the above reasons, harsh punishment, such as long-term jail might not be the best solution.

Some alternatives such as community service might be better for some young offenders who lack parenting and self-discipline to get a new start in their later life.

Minors are likely to be given a better chance for rehabilitation when they commit crimes because of their inexperience of life and possibly better life prospects.

Should Young Criminals Be Treated in the Same Way as Adults by Authorities?

In recent years, the rate of juvenile delinquency keeps on soaring, which has attracted lots of attention from the general public and the social scientists. Accordingly, whether young lawbreakers should be punished equally as adult criminals has become one of the most controversial issues throughout the world. Some people claim that the lighter sentences will neither minimize the number of crimes committed by the teenagers nor make the victims believe in equal justice, while others hold the view that what sanctions will be employed should be decided by taking the criminals age, motivation and future development into consideration.

My stand is that this is never a purely black and white issue. Whether the same penalty should be imposed on juvenile lawbreakers and adult criminals is on the basis of the specific case. On the one hand, those who commit violent crimes, such as rape or murder, should be treated in the same way regardless of the criminals age so as to ensure the justice and equality. On the other hand, if teenagers embark on the criminal road because of negligence, passion and induction, a lighter penalty can help them reflect on themselves as well as give them a chance to turn over a new life.

All in all, it is a hasty approach to simply impose the same penalties on young criminals as adults and judges should be more discreet about the punishment on juvenile criminals.