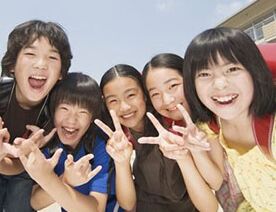 It is reasonable to offer prizes to the high-level performers. This is because one needs to pay a greater amount of effort than others in order to earn a higher grade in the exams.

Top performers normally act as a facilitator to encourage other students to work harder and they can create a competitive learning environment at the school. Rendering those elite students rewards like scholarships or honors has been justified as a feasible way to inspire students.

Academic study is also a kind of competition, which should abide by the rule of fairness and reward the best performers.

Those best students are relatively few in a class. If we only pay attention to those high-level learners and ignore the rest of the students, their enthusiasm for study, to a large degree, might be reduced.

It is necessary for teachers to give certain awards to those who put considerable efforts in the study. The extrinsic reward provided to them is a motivator for further study since a sense of accomplishment can boost their confidence and help them get great improvements in later study.

Those who have made improvements in their study should be rewarded because it is a kind of recognition of their efforts and industry.

Should We Only Reward the Best Students?

Rewarding top students is normally considered as an effective approach to recognize their achievements and inspire other students. But some people argue that although the best students deserve to be rewarded, it is more important to encourage those who show remarkable improvement since they have paid unremitting effort in their study.

My stand is that prizes should also be awarded to students who make conspicuous progress in their academic study. Firstly, education is based on the belief that it will make people more excellent, and encouraging those most improved students will be one of the best ways to fulfill that goal. Moreover, students differ greatly in their talents and living environment. Students from poverty-stricken families may not prevail over the best ones in study, but that doesnt mean they cant succeed in their future career. Therefore, spiritual or economic encouragement is likely to stimulate them to tackle seemingly impossible tasks. In addition, to reward the most improved students can not only boost their confidence but also enhance students competitive spirit.

In sum, only rendering outstanding students rewards may dampen the others enthusiasm, so to encourage both types of students will be a feasible way to establish aspiring learning atmosphere.