Brad Pitt has the body men most envy

Brad Pitt has the body men most envy, a survey revealed yesterday. 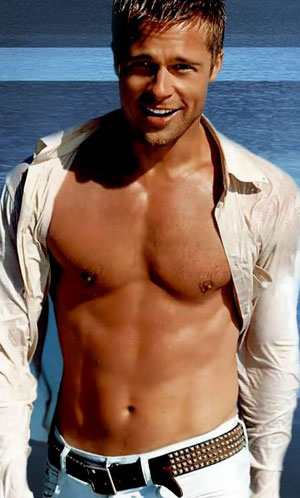 The Hollywood hunk, 43, was picked by more than one in four blokes.

Two in three guys now want a shape like a star's. And more than half felt under pressure to attain the ideal male figure.

Amazingly, one in 50 wished they looked like scrawny junkie rocker Pete Doherty.

The poll - of more than 1,000 people by medical firm Benenden Healthcare Society - revealed some regional differences.

Becks was best body in North-East England and Yorkshire, with 007 star Daniel Nol in Scotland.

Benenden's Jakki Stub-bington said: There are increasing signs that men are worrying about the way they look.

But taking care of your body needn't mean turning into Brad Pitt - although many women wouldn't be too disappointed about that.