London - The disturbing side of Lindsay Lohan's cocaine addiction came to light when pictures of her holding a knife to a pal's throat at a party emerged. 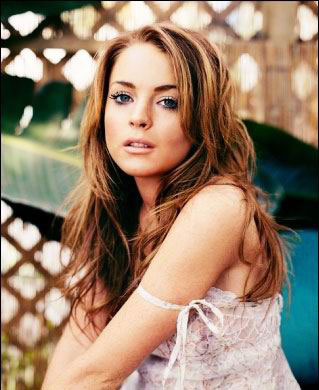 A source revealed that the pictures, taken four months before she was admitted to rehab for the second time, gave an indication of how 'out of control', Lohan's life had turned.

These photos are very worrying. Lindsay is so out of control. She should not be left within a million miles of a knife. The states Lindsay gets herself into she is lucky to be alive, News of the World quoted the source, as saying.

A friend of the actress also revealed that Lohan is having a difficult time settling in at the Promises Clinic in Malibu.

On the first night she couldn't stop crying. Since then she's refused to follow the rules and keeps having hissy fits about people, the pal said.

A source also revealed that now that the actress has checked herself back into rehab, her family is taking every precaution that she does not leave the place, and this includes paying for three guards to be with her, and taking away her mobile phone.

The clinic even took her mobile from her to make sure she can't call people who are a bad influence on her, the source said.

But she went berserk so they gave her a new phone with only the numbers of her family, publicist and agent on it. Now her friends just want her to stay in rehab for as long as possible. Only then will she be safe, the source added.