Sienna Miller is the new spokesperson for Tod's 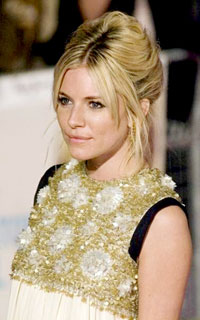 The actress was tapped by the luxury Italian fashion house to represent their latest products, posing for its fall-winter 2007-2008 advertising campaign. Her being tapped marks the first time the accessories and ready-to-wear brand uses celebrity to endorse its line of bags, shoes and clothing collection.

On her choosing as their spokesperson, Tod's president Diego Della Valle, claimed Sienna as an ideal choice because she is the perfect embodiment of Tod's style and philosophy: a young woman, with a charming and sophisticated elegance.

The campaign will appear worldwide in major fashion and lifestyle pubications in August.