WASHINGTON, May 8 (Xinhua) -- New data showed that U.S. employers cut a staggering 20.5 million jobs in April, erasing a decade of job gains since the global financial crisis and pushing the unemployment rate to a record 14.7 percent.

While this marks the highest level of unemployment since the Great Depression, analysts said the figure does not capture the full scale of the COVID-19-induced job crisis, and the worst is yet to come. 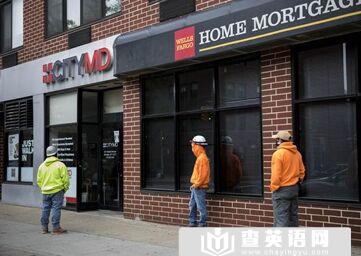 In April, the unemployment rate surged by 10.3 percentage points to 14.7 percent, the largest over-the-month increase in the history of the series dating back to January 1948, the U.S. Bureau of Labor Statistics (BLS) reported Friday.

As tragic as this number is, it comes as little surprise as more than 26 million individuals had filed for unemployment benefits between the March employment survey and the April survey, Jay H. Bryson, acting chief economist at Wells Fargo Securities, wrote in an analysis.

Since mid-March, numerous U.S. states have rolled out stay-at-home policies and shut down nonessential businesses in a bid to slow the spread of the virus, leading companies to cut millions of jobs in weeks.

There was no sub-category that was spared from the carnage, Bryson said.

Employment in leisure and hospitality plummeted by 7.7 million, or 47 percent, the report showed. Almost three-quarters of the decrease, or 5.5 million, occurred in food services and drinking places.

The manufacturing sector shed 1.3 million workers, and employment in retail trade was down 2.1 million jobs. The education and health sector, which is a reliable job creator during normal times, lost 2.5 million jobs, Bryson noted.

Government employment also dropped by 980,000 in April, according to the bureau. Employment in local government was down by 801,000, in part reflecting school closures.

Today's devastating jobs report confirms that the labor market is in free fall, undoing years of economic progress, said Shai Akabas, director of economic policy at the Bipartisan Policy Center. Unfortunately, we already know it gets worse from here.

Because job losses in April fell disproportionally among low-wage workers, the average wage jumped, Bryson said. If, as we expect, the unemployment rate remains elevated in coming months, then growth in hourly earnings should weaken considerably.

UNEMPLOYMENT COULD BE HIGHER

The record unemployment figure, however, might not capture the full scale of job loss amid the COVID-19 fallout, due to the survey's timing and the traditional definition of unemployment, among other things.

Because of the survey's timing, these data give a snapshot of the labor market from three weeks ago, Akabas said. The BLS's household survey reference period is generally the calendar week that contains the 12th day of the month, in this case April 12 through April 18.

Since then, millions more have lost their jobs, as evidenced by the ongoing streak of record-setting unemployment insurance claims, Akabas said.

The new unemployment data came one day after the bureau reported that the number of initial jobless claims totaled nearly 3.2 million last week. In the prior week, the figure reached 3.8 million.

Besides, the BLS said that if the workers who were recorded as employed but absent from work due to other reasons, which is over and above the number in a typical April, had been classified as unemployed on temporary layoff, the overall unemployment rate would have been almost 5 percentage points higher than reported.

Former BLS Commissioner Erica Groshen noted that millions have been laid off or left a job and are not hunting for a new one amid the pandemic, and they might not be defined as unemployed, the Marketplace reported.

The BLS report also showed that the labor force participation rate dropped by 2.5 percentage points over the month to 60.2 percent, the lowest rate since January 1973, when it was 60 percent.

The unemployment rate would have jumped even higher had not 6.4 million individuals left the labor force, Bryson said.

Considering these factors, Chicago Fed economists Jason Faberman and Aastha Rajan said in a blog earlier this week that the official data for April could vastly understate job destruction from the pandemic.

To count as unemployed, one must be out of work and either on temporary layoff or actively looking and available for new work. This leaves out many people who want to work but did not look for work in the period covered by the data, as well as people who may remain employed but at substantially reduced hours, they argued.

The Chicago Fed economists estimated a 'U-Cov' rate in April of somewhere between 25.1 percent and 34.6 percent.

CAN REOPENING SAVE JOBS?

As the U.S. economy witnesses its biggest slump since the global financial crisis, with 33 million jobless claims filed within seven weeks, the potential economic recovery following the reopening could be welcoming news for many.

According to a recent projection from the Wharton School of the University of Pennsylvania, partially reopening would increase GDP on June 30 by 1 percent year-on-year, to a 10.7 percent contraction. About 4.4 million jobs would be saved, though 14 million jobs will still be lost between May 1 and June 30.

White House economic advisor Kevin Hassett recently said that every U.S. state will mostly reopen by the end of May, and most forecasters predict an economic rebound in the second half of the year.

President Donald Trump said Friday on Fox News that with the reopening of the economy, lost jobs will come back. Those jobs will all be back, and they'll be back very soon, the president said.

Economists, however, seem to believe otherwise. Michael Hicks, director of the Center for Business and Economic Research at Ball State University in Indiana, said that the bulk of job losses fall in sectors which will continue to suffer low demand after shelter in place orders have been loosened.

Regardless of state action to relax shelter in place rules, the economy will continue to experience Great Depression levels of stress until COVID-19 vaccinations or treatments are available, Hicks said.

Hicks, however, said the good news is that of the 20.5 million workers unemployed over the month, 18 million reported they were experiencing a temporary layoff. This signals the expectation that they may regain their jobs as conditions improve, Hicks said.

According to Bryson, the unemployment rate will still be in excess of 6 percent at the end of next year.

Jason Furman, a professor at Harvard University and former economic adviser to President Barack Obama, said on Twitter that I don't know what unemployment will be in 2 years. I fear still very high but could get lucky.

Either way the right policy is the same: include triggers that make future assistant contingent on what actually happens. If unemployment rate is high continue it automatically, Furman said, referring to the COVID-19 relief package passed by the U.S. Congress.