Fan ordered to stay away from Bullock

WESTMINSTER, Calif. - Sandra Bullock won a restraining order against a fan she says repeatedly visited her home and tried to run down her husband, Jesse James. 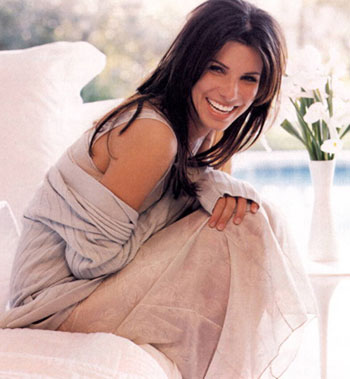 The actress testified in court Friday that on five occasions, Marcia Valentine left in her yard palm fronds adorned with weird signs and pieces of animal fur.

The judge also gave the couple permission to record phone calls or videotape Valentine if she violates the order.

Valentine did not attend the hearing. Attempts to call her were unsuccessful.

Valentine, 45, of Huntington Beach, was arrested in April for investigation of assault with a deadly weapon. She remained free on $25,000 bail pending a May 22 court hearing.

Prosecutors said they were still reviewing the case and have not decided whether to file charges.

Bullock testified that after Valentine was spotted April 22 outside the couple's home in Sunset Beach, her husband went outside and tried to write down the woman's license plate when she aimed her Mercedes-Benz at him.

I saw him go behind her car to get the license number. She got angry, Bullock said.

James, host of TV's Monster Garage, was not hurt.