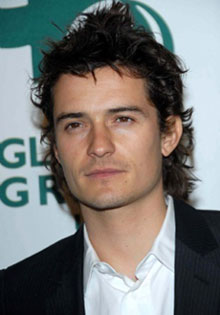 Orlando Bloom has beaten Brad Pitt to the top of a new magazine poll to find the Sexiest Guy of Summer 2007.

Based on stars who will be appearing in big films this summer, Pitt's Ocean's Thirteen co-star Matt Damon makes the In Touch Weekly list, as does Scarlett Johansson's ex Josh Hartnett.

But Bloom tops the poll because he's a hunk who has admitted he's keen to settle down after splitting from actress girlfriend Kate Bosworth last September.