As Harry Potter's sidekick Hermione Granger, she plays the perfect pupil with a butter-wouldn't-melt smile.

But as these pictures of Emma Watson prove, the 17-year-old is growing up fast.

In a photoshoot for Tatler, the young actress swapped her neatly pressed Hogwarts school uniform for Yves Saint Laurent and Chanel dresses, cutting an assured figure. 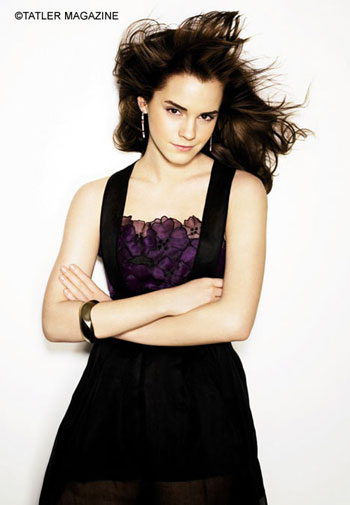 All grown up: 17-year-old Emma shows how mch she's changed in her new Tatler fashion shoot

But despite stepping out on the celebrity social circuit recently, Emma, from Oxford, said she remains reassuringly normal.

People who try to hide from fame can make it go completely the wrong way, she tells the magazine. All those huge designer shades make them look like bugs!

And walking around with bodyguards draws more attention to you. I think the best way to cope is to try and live as normal a life as possible. 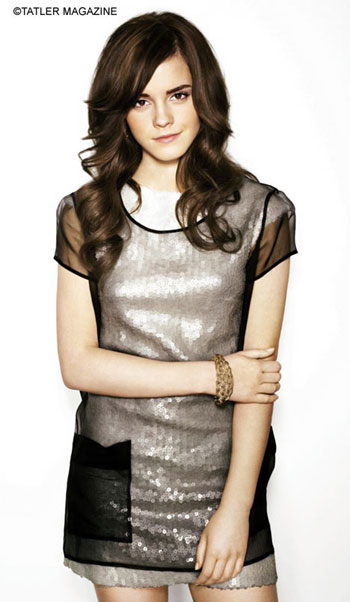 Despite her new modelling career, Emma insists she is going to go to university to study philosophy

Part of that plan is to continue her education.

She is taking AS-levels in English literature, geography and art history and hopes to study philosophy at Cambridge University.

But Potter fans need not worry: the latest instalment of the popular film series, Harry Potter And The Order Of The Phoenix, opens on July 13, and Emma says she definitely intends to do another one.

She admitted: I would do Harry Potter for nothing. It's not really anything to do with money. 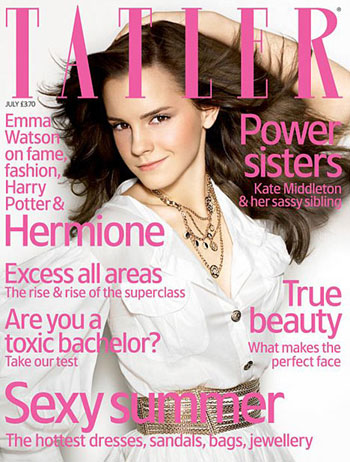